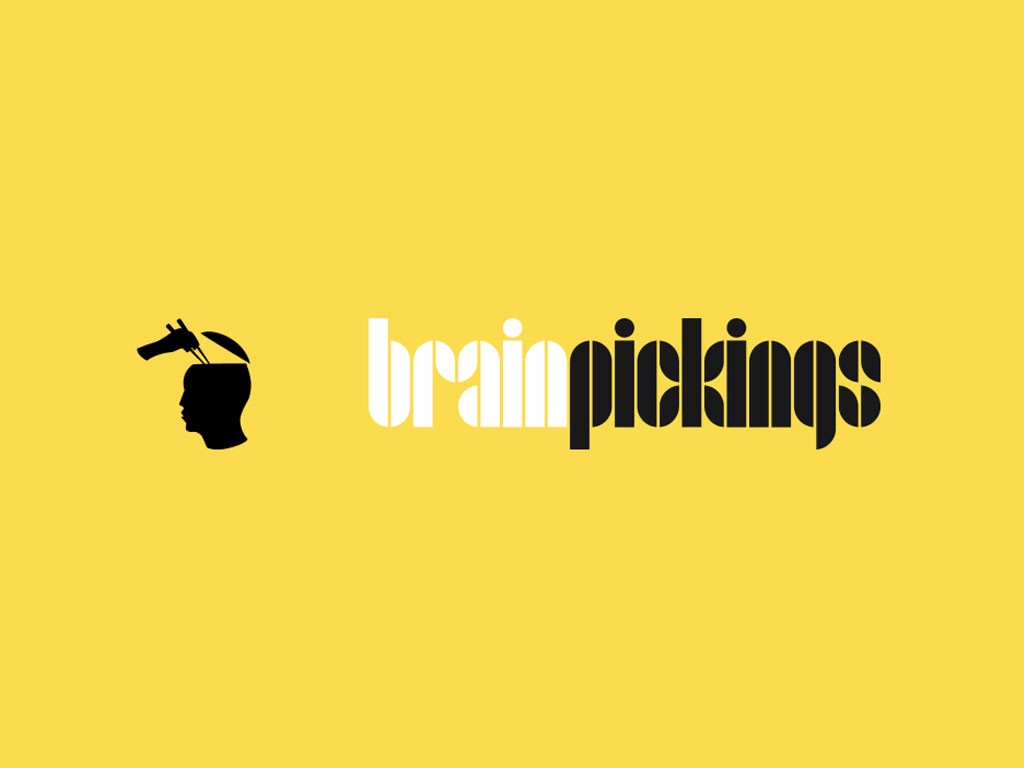 Most serious writers and online publishers are always on the lookout for new ideas to help them be more creative and get more done. If you aren't familiar with Maria Popova's writing, she is the author of Brainpickings, which is a "discovery engine for interestingness."

If you haven't read any of her work, you have been missing out on some of the most interesting and thought-provoking writing on the web. Ms. Popova is a wealth of information, and every day she mixes together ideas from many different fields in the spirit of creativity and discovery.

She has written for Wired and The Atlantic, is an MIT Futures of Entertainment Fellow, and was named one of Fast Company's 100 Most Creative People in Business (among many other accolades).

Even though she started out in advertising, she found that publishing her own website was much more rewarding. Her independent work ethic has helped her gain a growing number of fans.

Maria Popova, who has written for Wired UK, The New York Times, Harvard's Nieman Journalism Lab, and The Atlantic, among other places, and is an MIT Futures of Entertainment Fellow, came up with the idea for Brainpickings.

She is a hunter and gatherer of interesting things and a curious mind in general. Brainpickings is a human-powered discovery engine for interesting things. It takes a personal look at what matters in the world and why bringing you things you didn't know you were interested in until you are.

The site was started in 2006 as a simple email digest and then moved online. In 2012, it was added to the permanent web archive of the Library of Congress. The main idea behind Brainpickings is that creativity is a force that comes from putting things together:

It's their ability to draw on the ideas, insights, knowledge, and inspiration they have gathered over the years just by being present in the world and paying attention to it, and to put them together in amazing new ways.

To really create and contribute to the culture, they need to be able to connect a lot of dots, combine and recombine ideas from different fields, and build new ideas, like putting together LEGOs.

The more of these building blocks we have and the more shapes and colors they have, the more interesting the things we make will be.

Who Is Maria Popova? 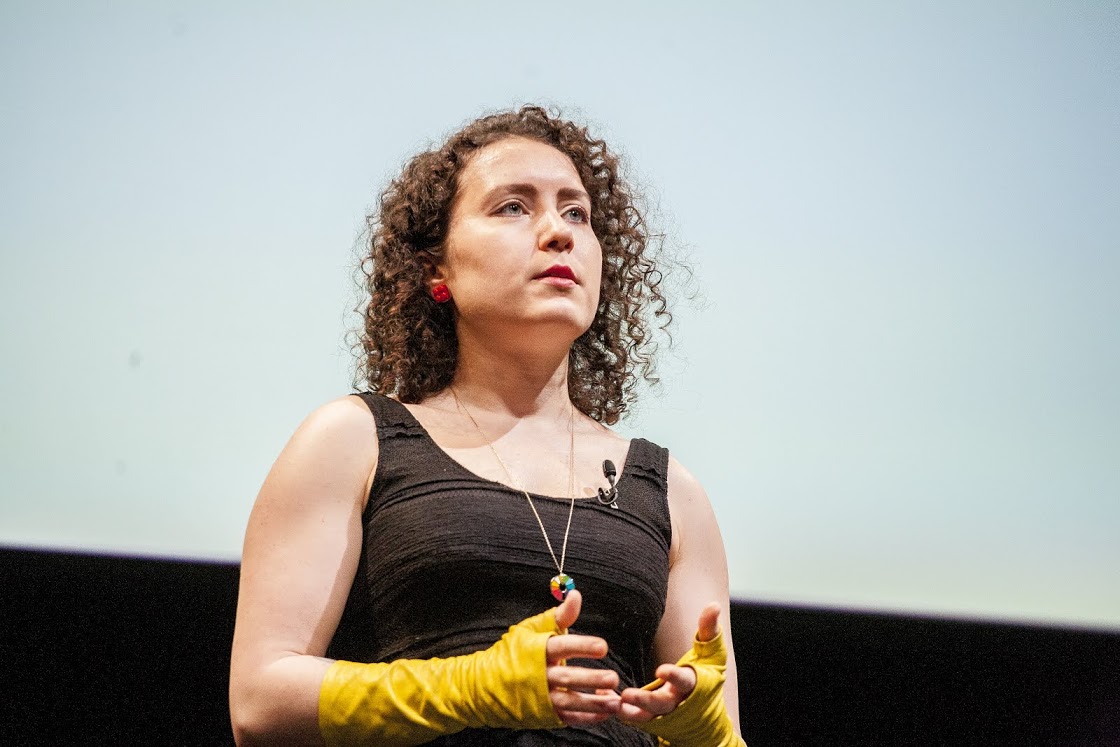 Brainpickings was her idea and a labor of love. She has called it a "human-powered discovery engine for interestingness." What Maria Popova really gives to tens of thousands of people every day is old-fashioned wisdom told in new ways.

She mixes philosophy with design, physics with poetry, and the intellectual with the real world.

The Brainpickings Is Now "The Marginalian"

Brainpickings started on October 23, 2006, as a crazy idea in the mind of a young person who was just learning how to read and write the language of life. Fifteen years from now, it will be reborn as The Marginalian.

It will be reborn as what it has always been, but was given a bad name by a 22-year-old immigrant to whom the tired puns and idioms of a foreign language sounded fresh and full of wonder: an evolving record, and ongoing celebration of her readings, she loves, and everything that makes her feel most alive.

More and more, the curatorial part of Brain Pickings, which is the "picking" part, and the purely intellectual part, which is the "brain" part, faded away.

They were replaced by the editorial, the reflective, and the full integration of thought and feeling that pulses beneath everything creative and alive. So, there is no change in the direction behind the name change.

Neither the site nor its weekly email summary will change, except for my daily despair at having to live with a name that neither fit nor inspires the private well of wonder from which it all comes. It is still given away for free and kept going by donations, just like it has always been.

Allow Yourself The Uncomfortable Luxury Of Changing Your Mind

Develop what is called "negative capability." We live in a culture where not having an opinion is seen as one of the biggest social faux pas. Because of this, we often form our "opinions" based on quick impressions or the ideas of others, without putting in the time and thought that real conviction requires.

Then we go around saying these made-up opinions and clinging to them as if they were the only things that made sense to us. Saying "I don't know" is a very disorienting thing to do.

But it's much more important to understand than to be right, even if that means changing your mind about a subject, an idea, or, most importantly, yourself.

Do Nothing For Prestige Or Status Or Money Or Approval Alone

It makes you work on things you don't like but would like to like. Extrinsic motivators are fine and can feel life-affirming at the moment, but they don't make it exciting to get up in the morning or satisfying to go to sleep at night.

In fact, they can often take away from the things that do offer deeper rewards.

Be generous with your time, your money, the credit you give, and most of all, your words. It's much easier to criticize something than to praise it. Always keep in mind that there is a person on the other end of every conversation and behind every piece of culture that is being judged.

To understand and be understood are two of life's greatest gifts, and every interaction gives us a chance to give and receive them.

Did Brainpickings Change Its Name?

After 15 years, Brainpickings is back with a new name: The Marginalian. It has been free and without ads for 15 years because readers have kept it going.

What Is The Marginalian Org?

The Marginalian has a free Sunday digest of the week's most thought-provoking and heart-warming pieces from art, science, poetry, philosophy, and other branches of our search for truth, beauty, meaning, and creative vitality.

How Does Maria Popova Work?

Maria can only come up with and put together so much content for her audience by reading. Many books to read. In an interview with Copyblogger about writing, she talked about how she never stops taking in: Long-form reading at the gym, using pens and Post-It notes to mark important parts.

Brainpickings, known as The Marginalian now, is created and run by Maria Popova. It is part of the Library of Congress's permanent digital archive of important cultural materials.

She wrote the book Figuring and hosts "The Universe in Verse," an annual event that celebrates science through poetry, at the Brooklyn cultural center Pioneer Works, which brings together people from different fields.